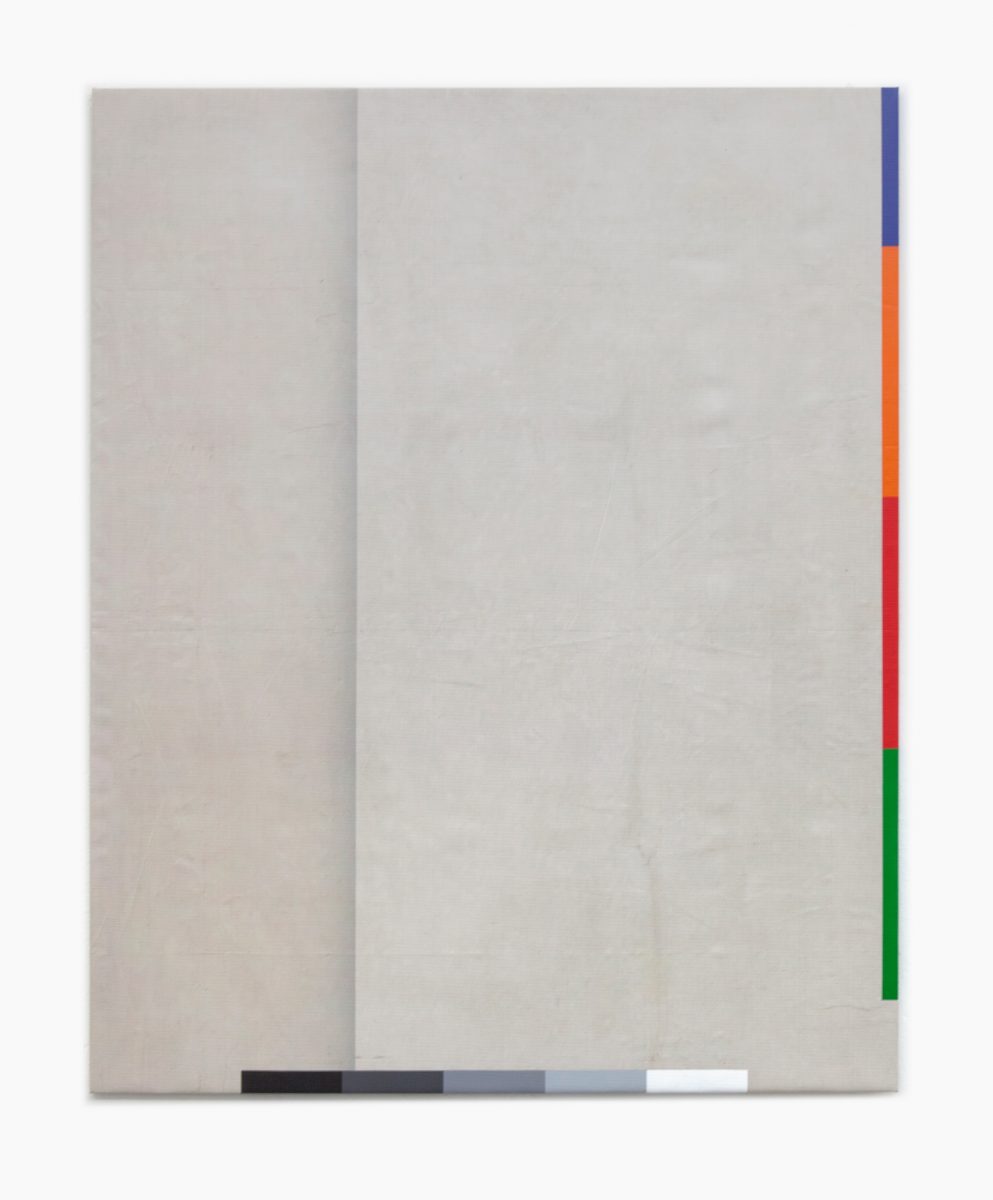 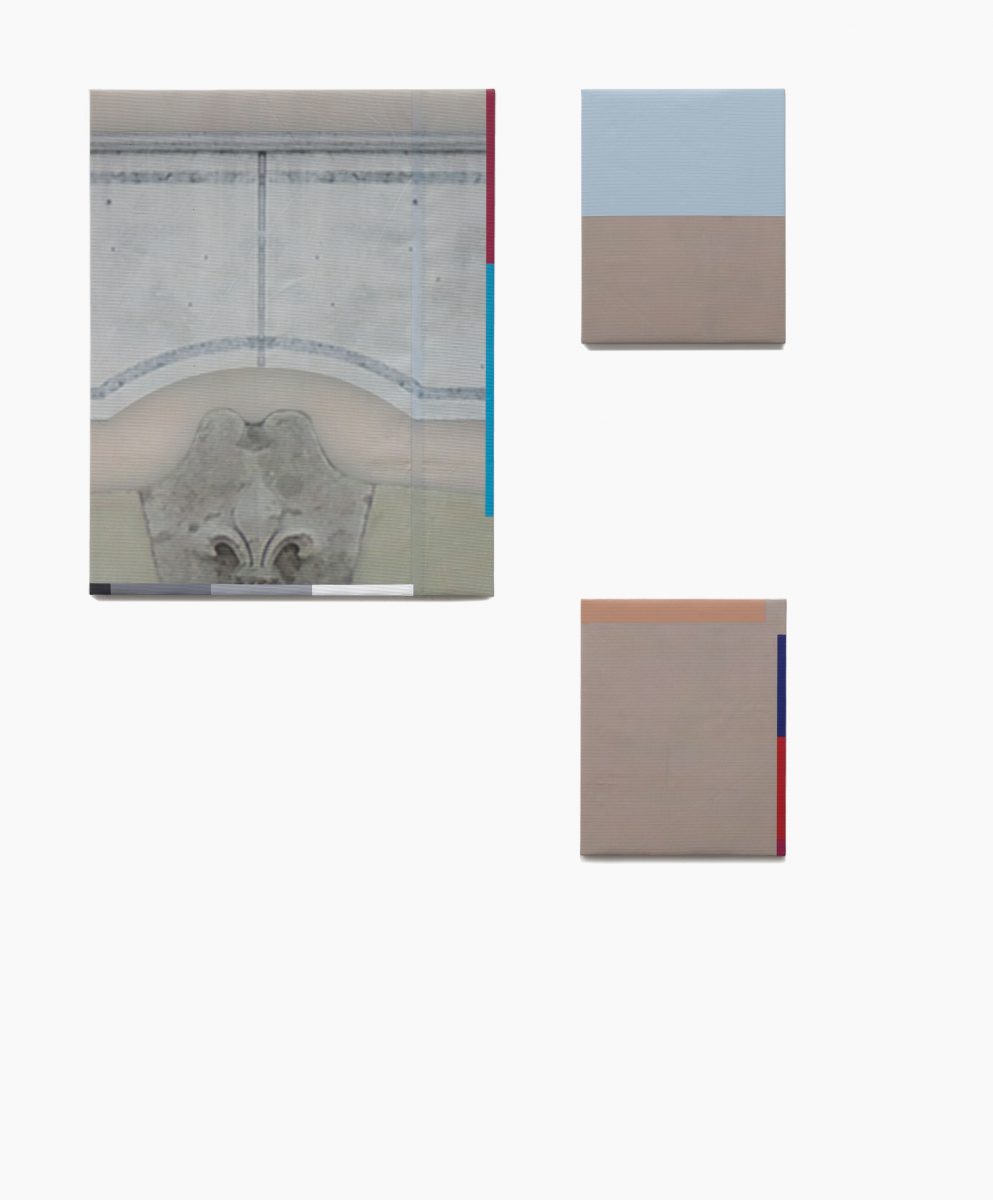 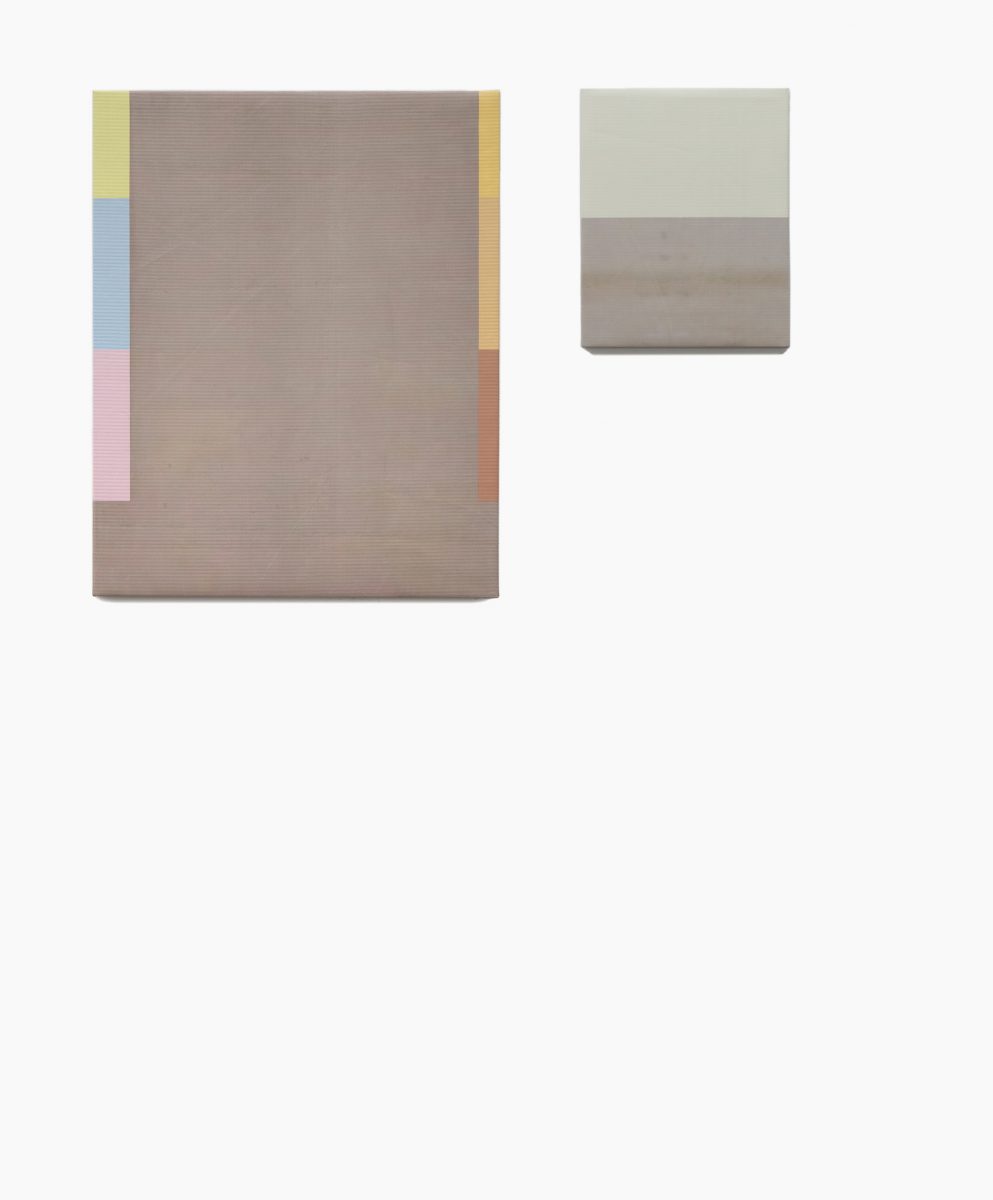 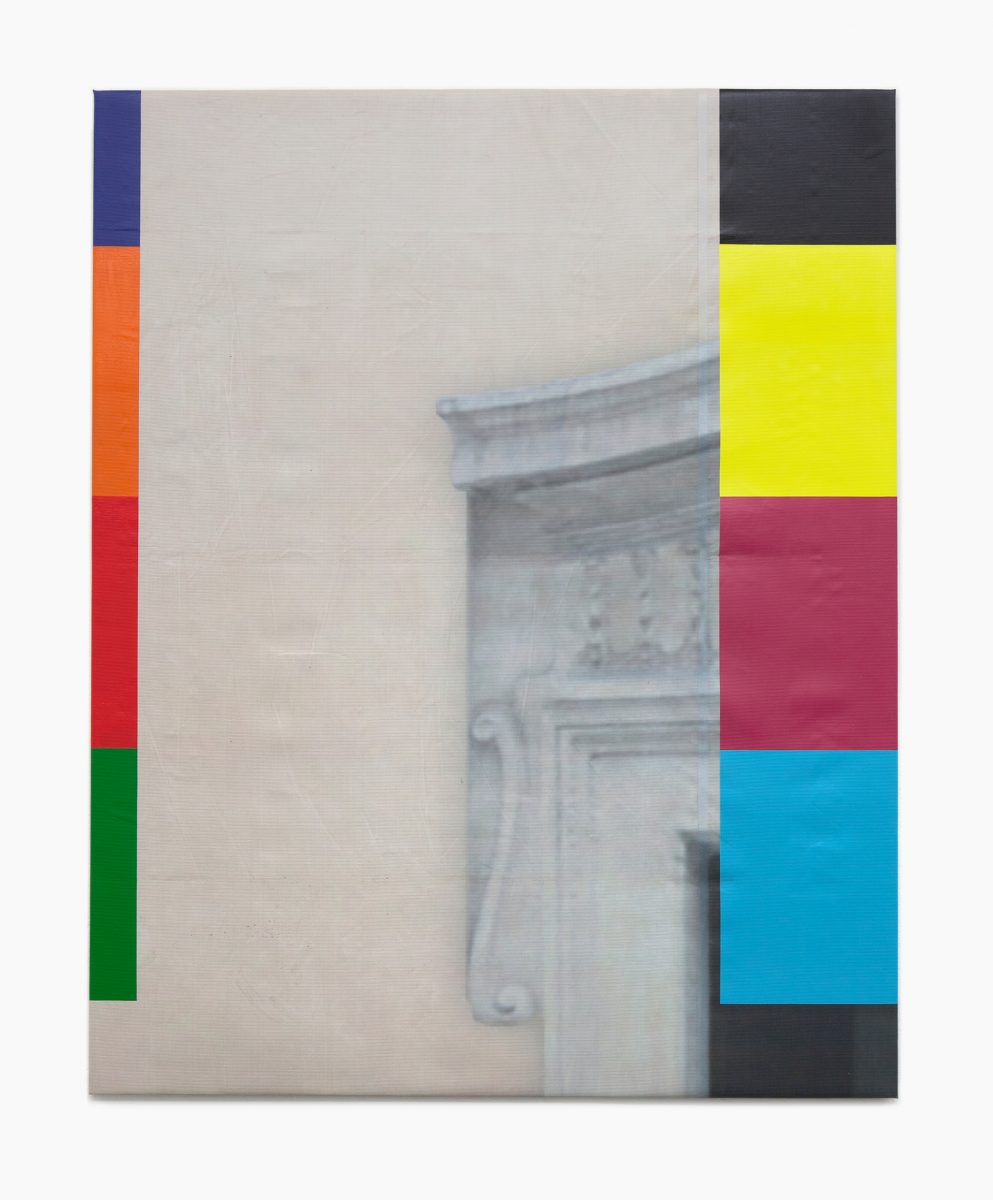 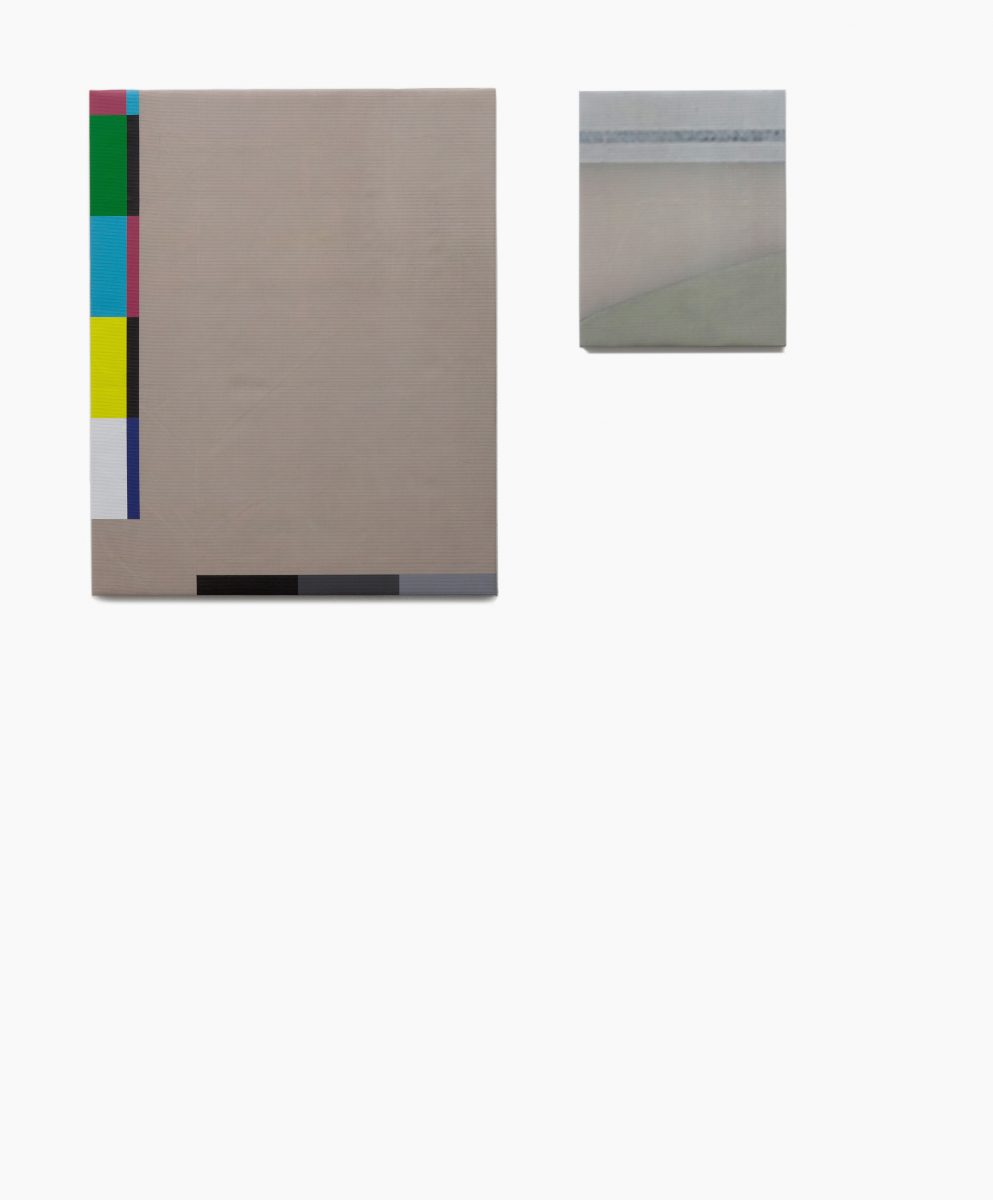 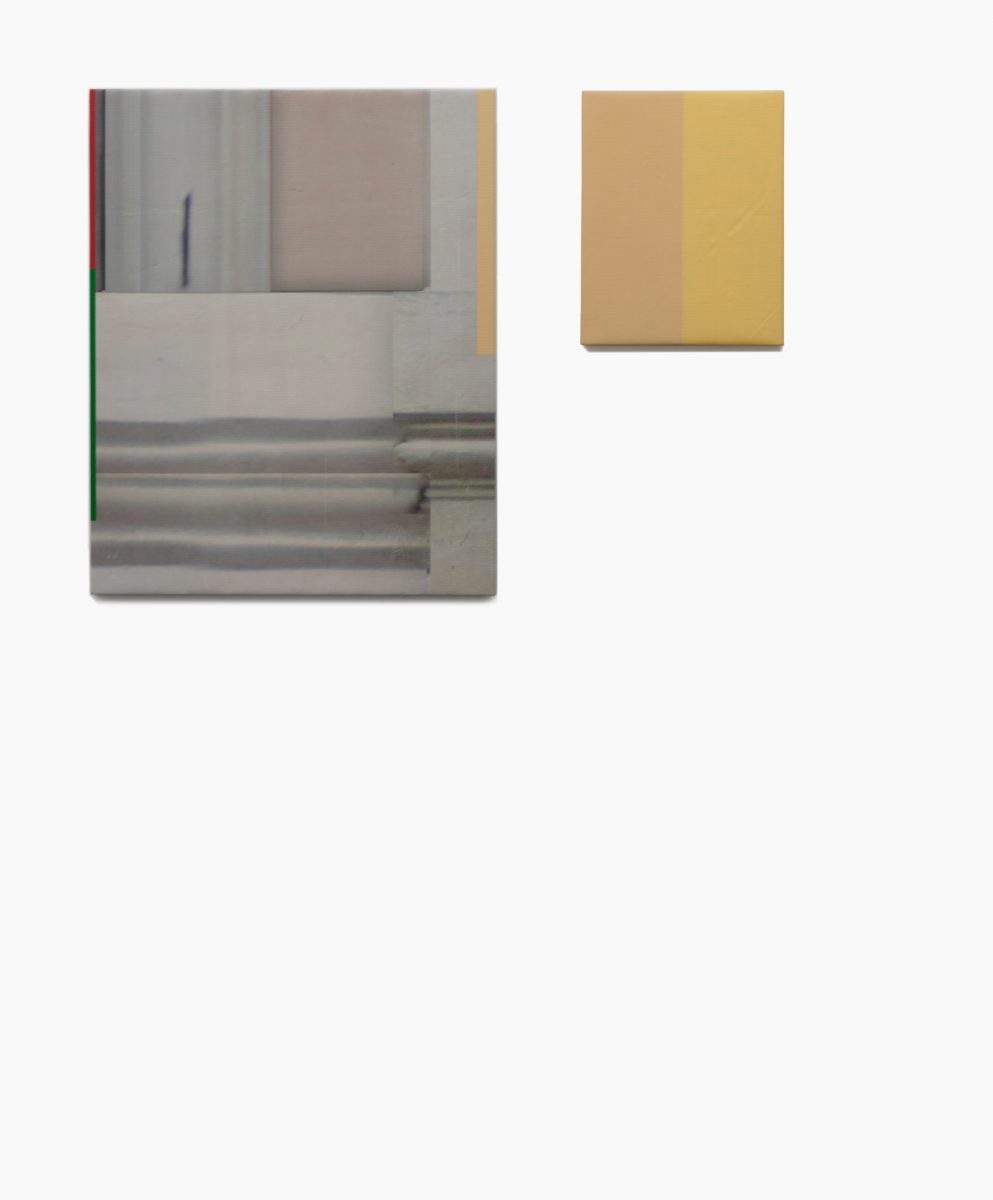 In his recent series »Rome« (2018 – ongoing), Daniel Hoflund uses the city of Rome as a canvas as well as a palette. His portrait of the eternal city – a motif endlessly depicted throughout the history of art – questions various forms and changes of the conception and self-image of the cityscape, by applying different historical color-palettes – the original baroque pastels, next to the 19th Century terracotta tones, with the synthetic yellow, orange and pink colors of today – directly onto the plastic fabrics found on the actual facades in Rome used during restoration work. Hoflund’s series»Rome« brings together the idealized and romantic image of the city, the architectural history and its current modernization and reinterpretation with the forms and color-fields of geometric abstraction.