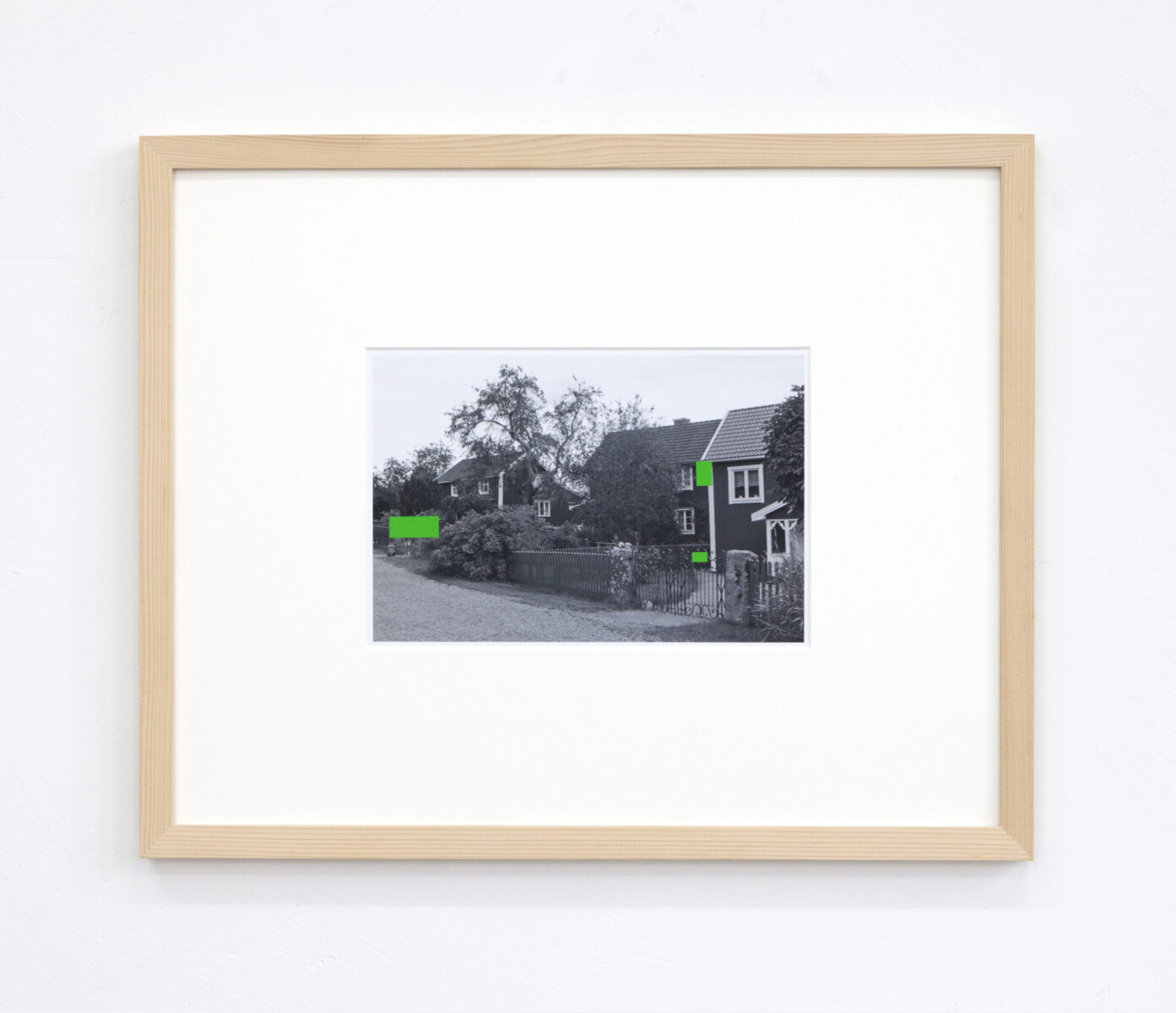 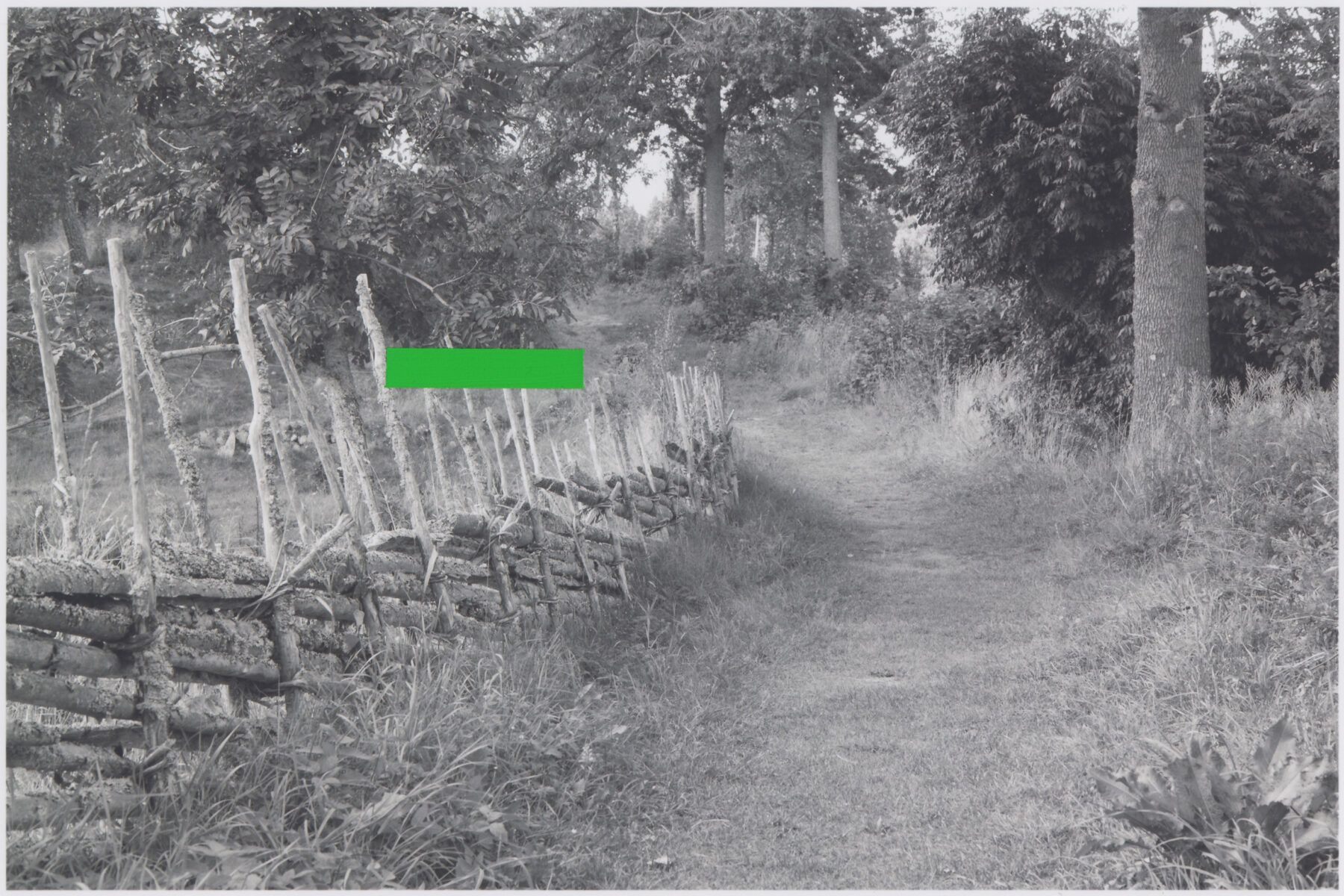 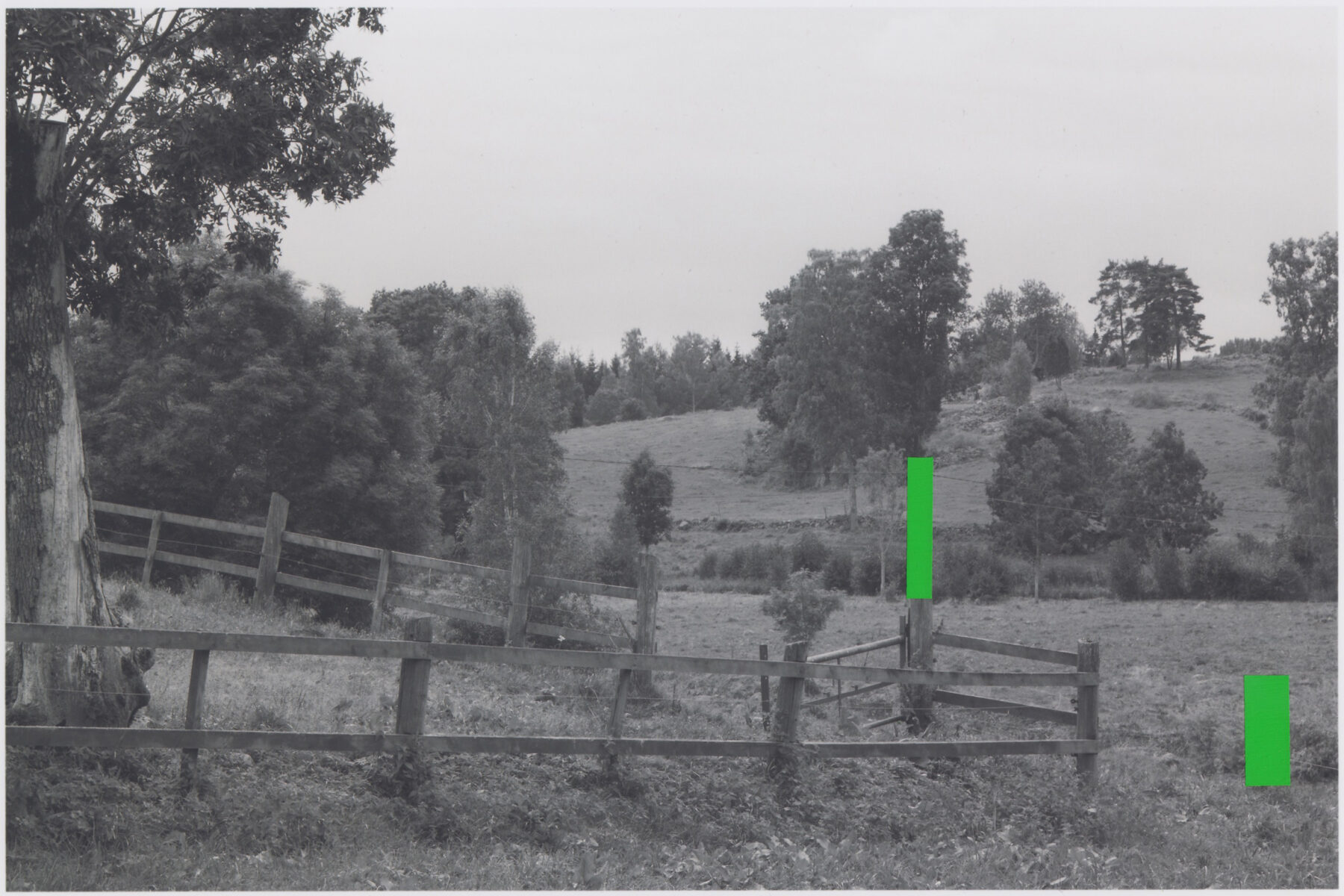 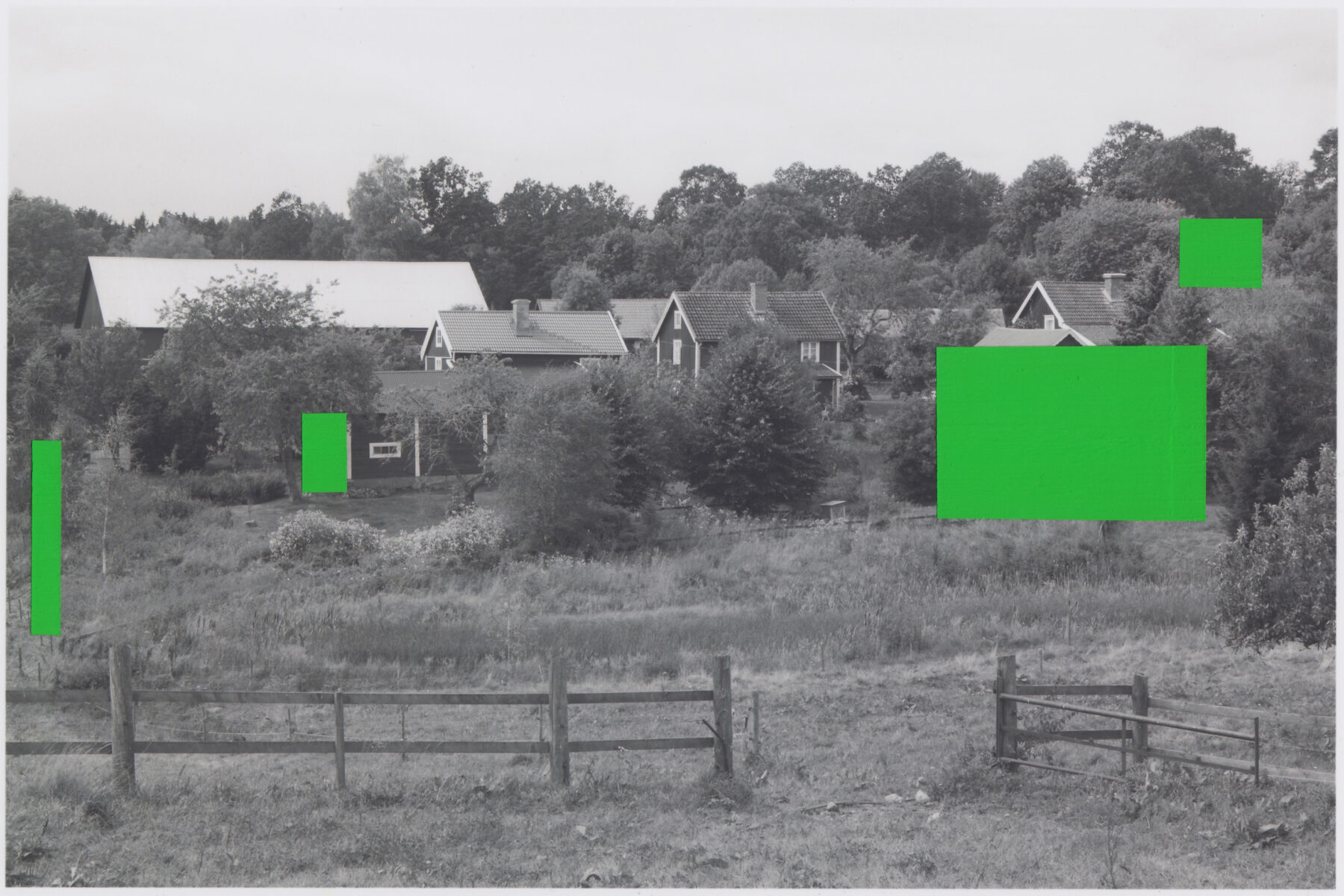 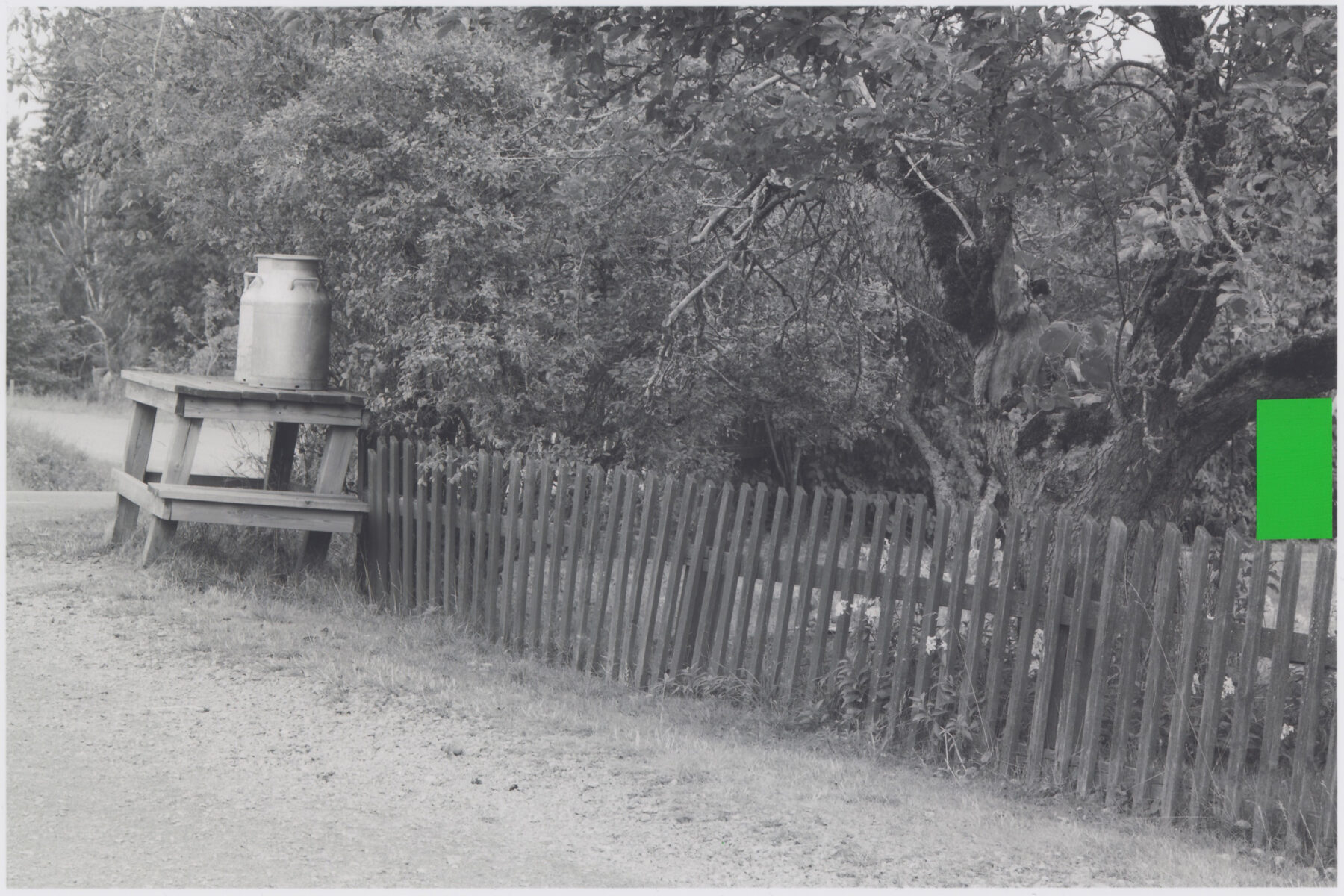 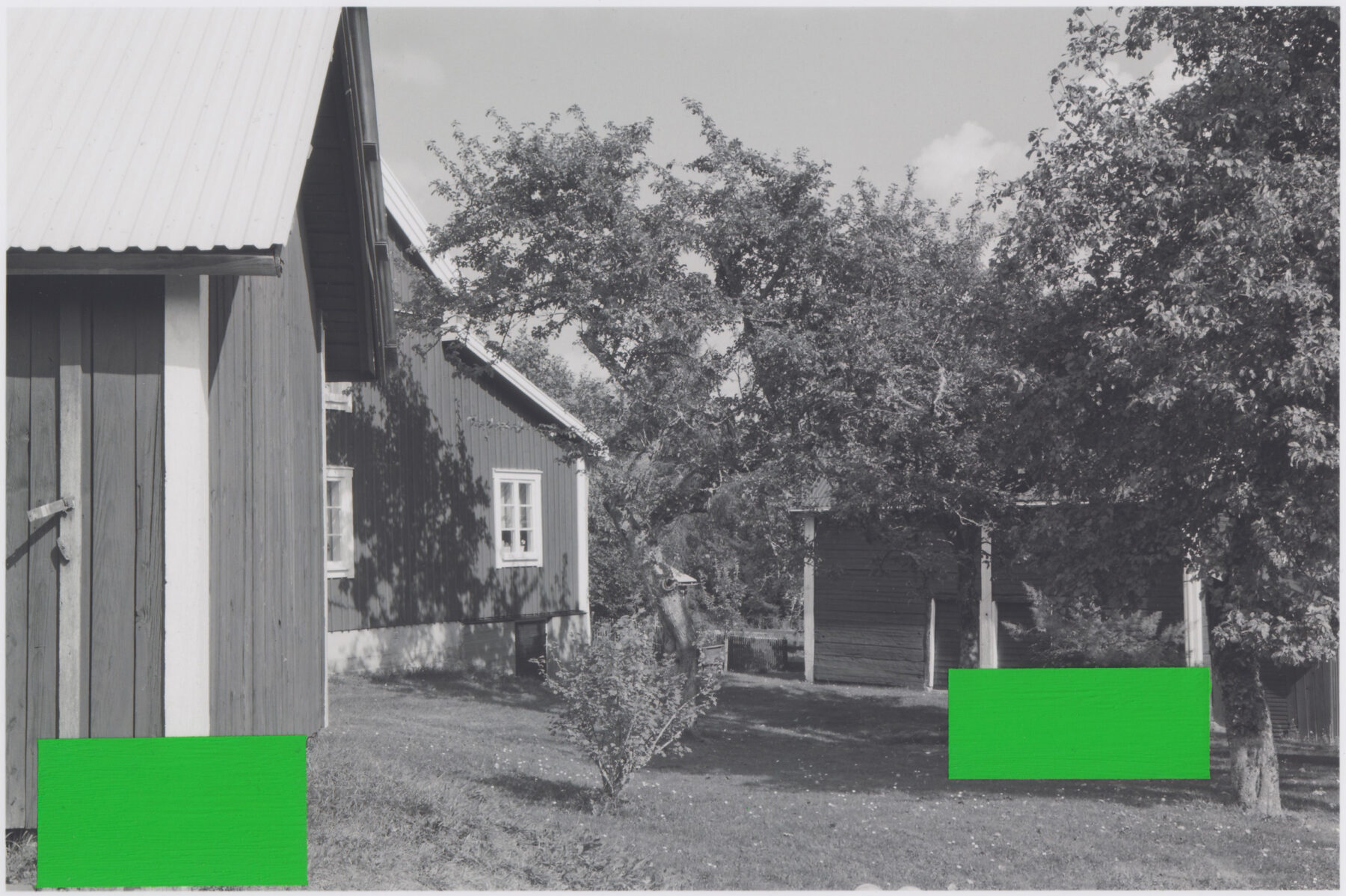 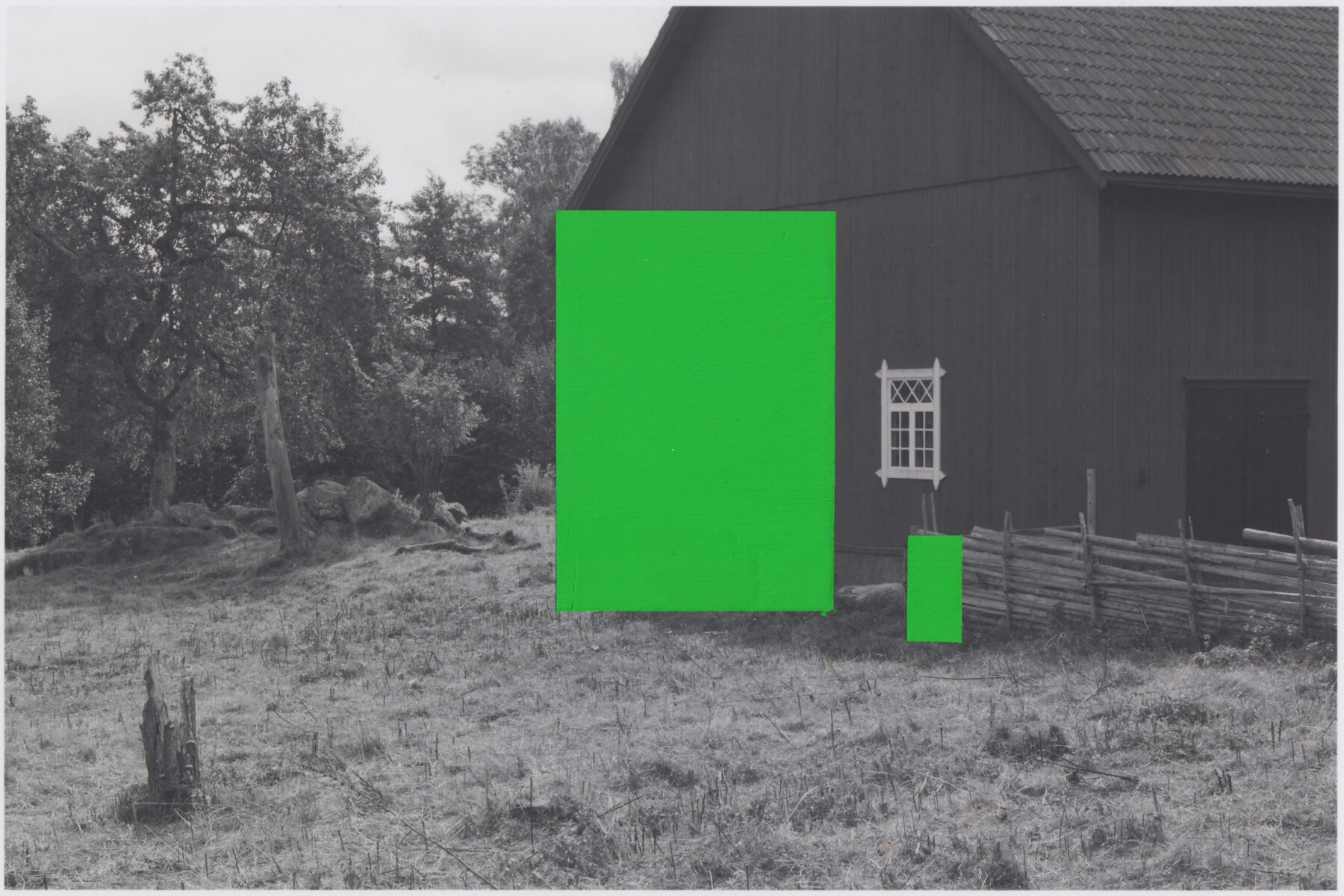 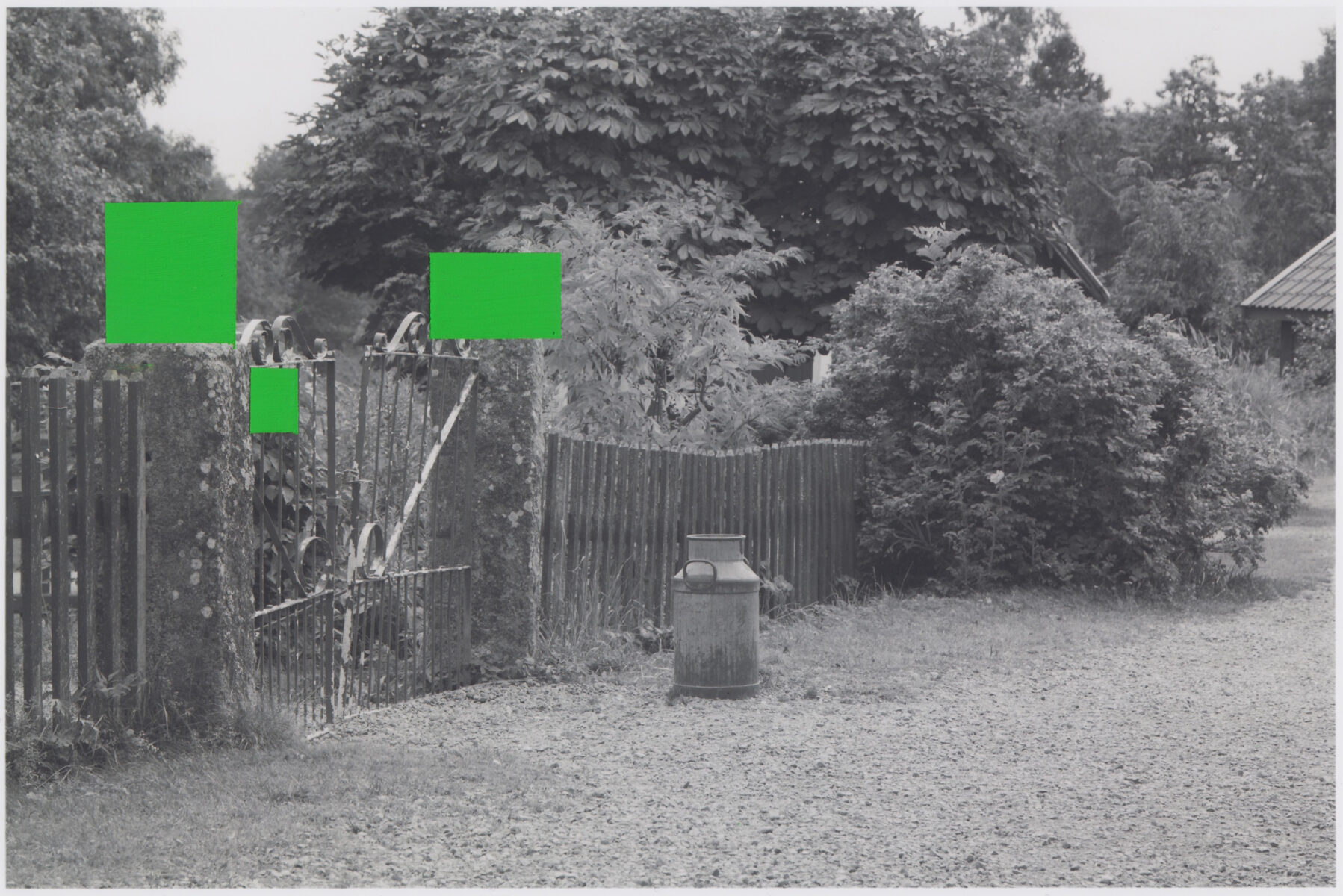 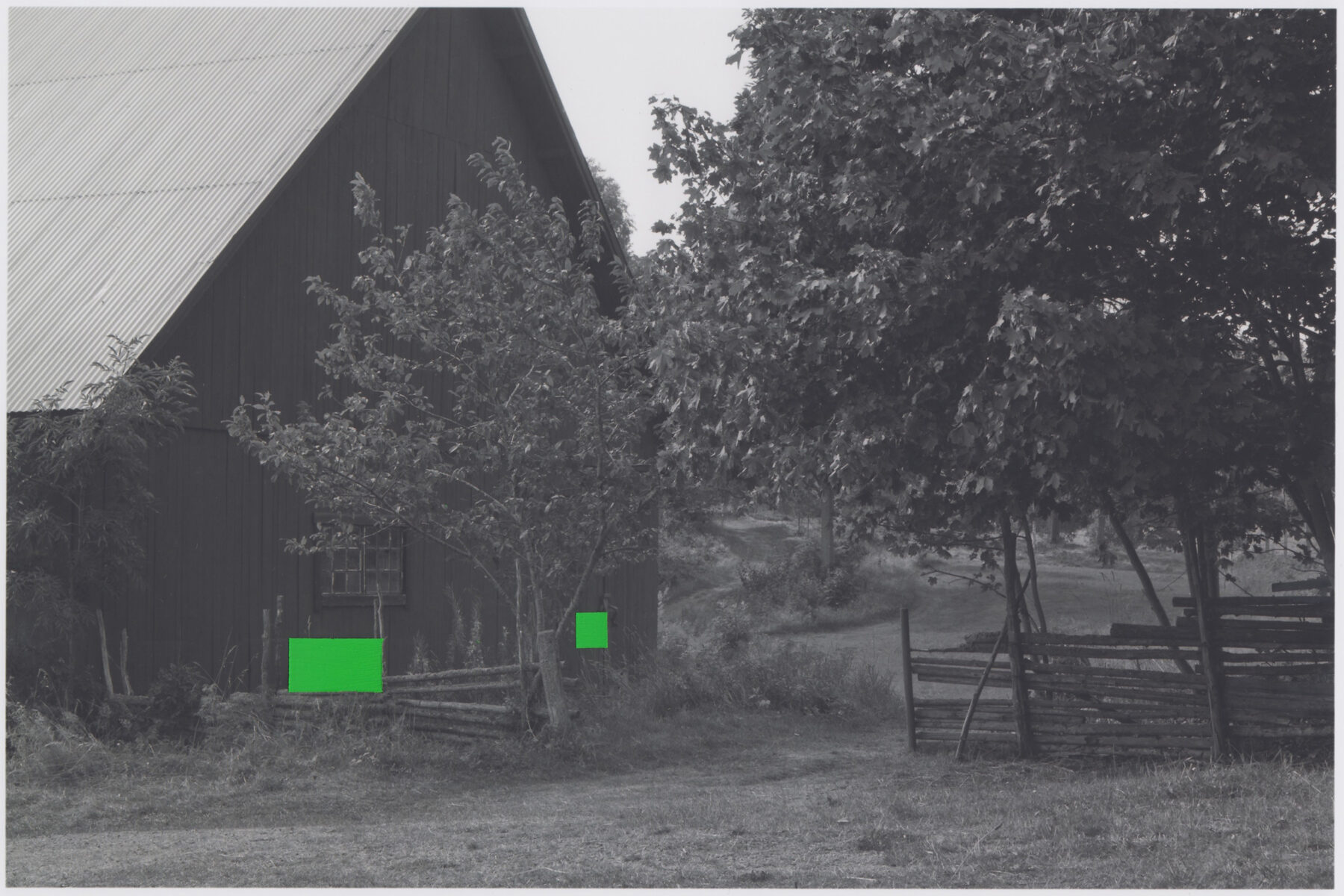 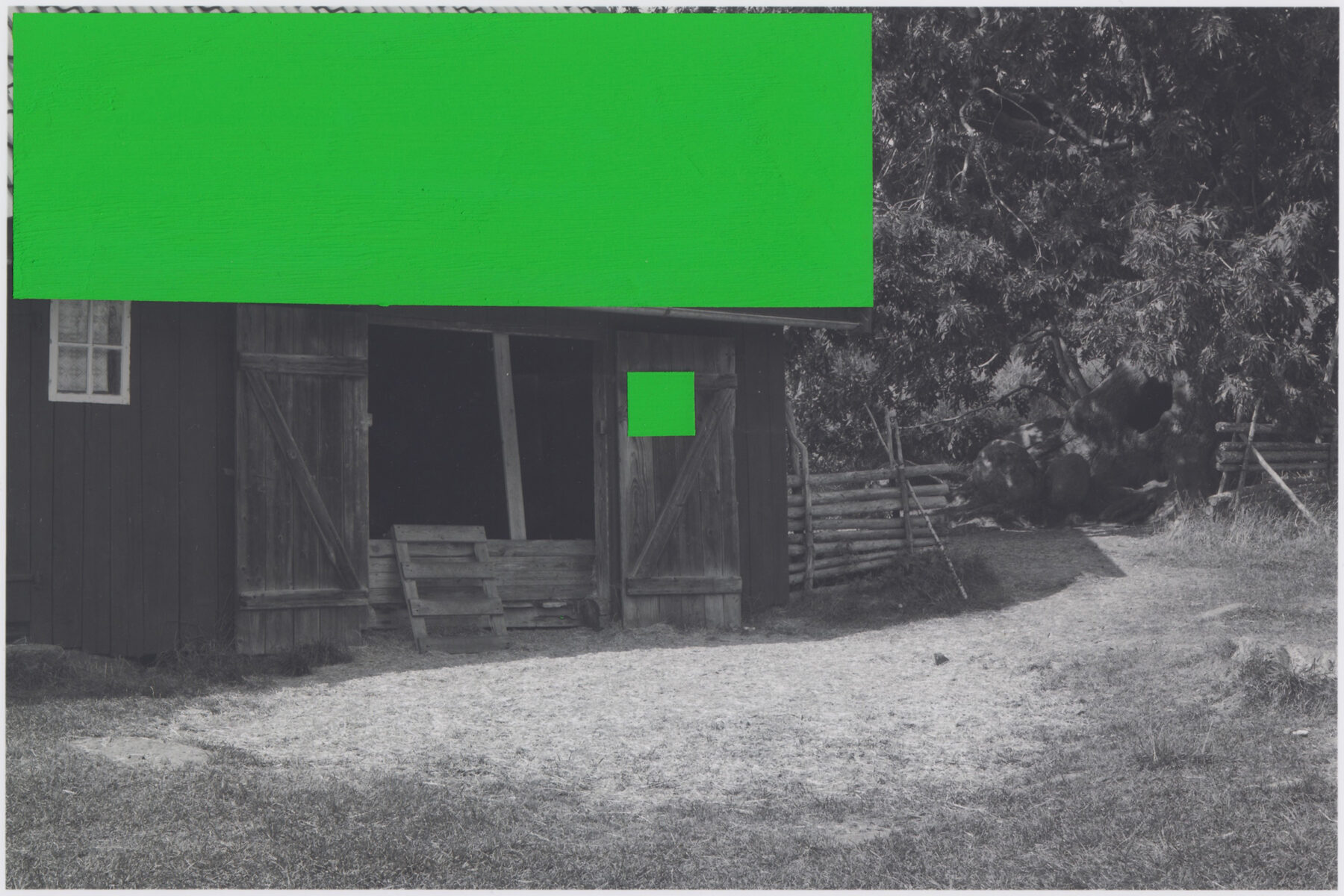 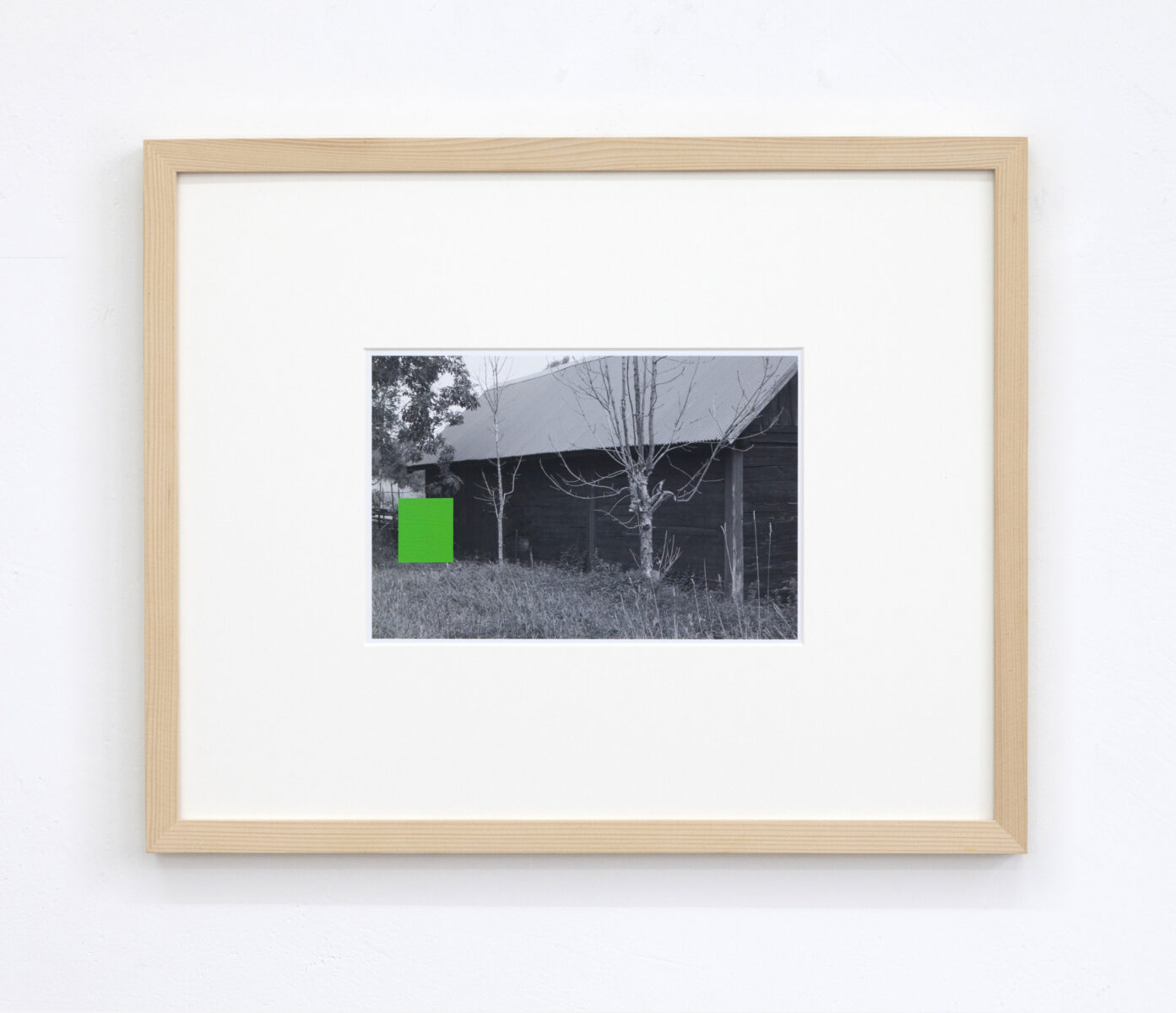 The international perception of Sweden (and its self-image) has strongly come to be shaped by landscapes, environments, interiors and portraits from the world of film, TV and literature. The photographic series ”Bullerbyn” question issues concerning fictional locations, national identity, the historical document and narratives. The motifs are the archetypal settings and film-locations sprung from the adaptations of Astrid Lindgrens stories in the countryside of Småland. These (images of) film- and TV-locations enables an investigation and development of the relationship between still and moving images, the imaginary and the real, as well as fundamental questions regarding signs, perception, cultural memory and how landscapes and nations are shaped through media. Hoflund’s work aims to problematize the (self) image of Sweden and the cultural, commercial, existential and political forces that come to shape it.

The photo-collages ”Bullerbyn” depicts the small village (actual Sevedstorp) that was used to stage Astrid Lindgrens fictional Bullerbyn for cinema and television. The village became the very typical conception of Sweden and is today a popular tourist attraction where the residents make their best to maintain the image of Bullerbyn. Some parts of the nostalgic black and white photographs, that doesn’t correspond with the idealized picture of Bullerbyn, have been overpainted with Chroma Key Green paint that is used in cinema and television for special effects and the possibility to distort an image.